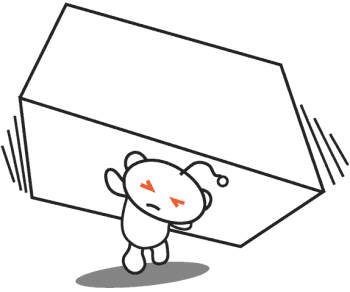 Reddit is not Digg. On Digg, it used to be about knowing the right users to get your story promoted to the front page. Then Digg actually started working with companies to get their information out there. This all worked fine when Digg was growing, but if you didn’t want to see every other link as a sponsored link, or if you wanted to actually read interesting content, that is where most people moved to Reddit.

Especially now with the slow demise of Digg, almost every message board is filled with people trying to submit content to Reddit and get it noticed. Using social media is not a bad thing, if your content is worthy, but trying to force people to read scummy content is a) not a good idea and b) exactly what Reddit is designed to avoid. Not to mention that the Reddit community is dead set against having content forced down their throats. The admins of Redditdon’t claim that Reddit is invulnerable to all possible present and future attacks but they have gotten pretty good at defending against them. It’s been a long time since anyone came up with a trick that they haven’t seen ten times before.

Last month when Forbes published “a stunningly irresponsible, sensationalist piece” which is, as with most ham-fisted attempts at journalism, pretty much a business card for those who try to force feed social media. If you ever needed further proof that old media doesn’t understand the current climate of new media, you just have to read the piece and the comments by the author, such as “Why isn’t the front page of digg worth anything anymore? It doesn’t translate into traffic?” underneath.

So why is this an issue today? Well, last night a company wrote to a number of high-karma redditors, trying to get them to game Reddit. Because they didn’t understand the community, the members they contacted notified the administrators and their little ruse was snuffed out.

The funny thing is, as anyone who has spend any time on Reddit knows, even if you did get some high karma users involved, it would still be very hard to fix the system. Secondly, if you have something that you want to promote on reddit, and are willing to spend money to do it, just buy a sponsored link! It’s twenty dollars, you won’t have a guilty conscience, you’ll help support reddit, and most importantly of all, it will actually work.