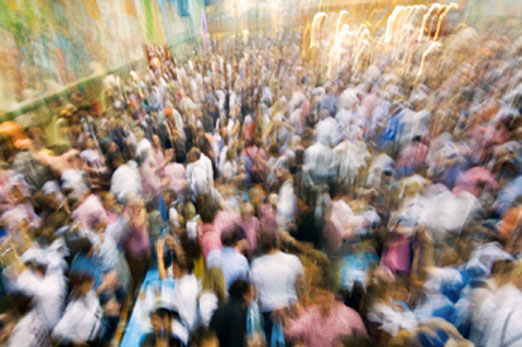 Kates Party, for those that are unfamiliar, became a social media sensation last week. Prankster David Thorne of 27b/6, Tweeted out to his 27,000 followers: “Yay. Kate’s having a party in her small apartment. Hit attending & give the host an aneurysm.” on April 21st. The party was non-existant, but the tweet attracted the RSVP’s of some 150,000 people. Privacy advocates are pointing to it as a lesson of how your privacy can be non-existant on the internet and social networks. However it is also being viewed as an interesting lesson on how marketing should be changing with new media. Already SEO experts were quick to jump on the tags and urls of “Kates Party”. Wo what are the lessons for marketing experts?

In this case it was David Thorne, who already had 27,000 followers. It is not as if Joe’s Bakery with 300 local fans sent out something about free bread. This was David Thorne, a well known prankster, sending something out to his large following of pranksters-at-arms about something that was more than a little mischeivous. David had already set the tone for his message with other funny stories such as paying a bill with a picture of a spider. His followers were probably aching to get involved in his next round of pranks.

Within minutes of David posting the link on his twitter page, it had already been spread to other aggregators and social media. The message was simple, get it out to as many people as possible, there is a party we are going to pretend to crash.

The original message was posted to Twitter, about a Facebook page. There is no easier way to spread that message. The message was simple, “Kates Party – crashers welcome”.

You don’t need special knowledge to know how to crash a party, or pretend to crash a party. There was no special equipment involved, prior knowledge was not needed and it was not written in some odd marketing code.

The other side to the lesson is it took no emotional or time/money investment from the pranksters to do this. It would be interesting to see how long “Kates Party” remains a valuable meme, or even if anyone will buy the T-Shirts from the official website. It is certainly a lesson on how to get early adopters involved in your message. However, as there was no reason for anyone to do anything other than RSVP to the event, I doubt if the pranksters would have committed to anything more. If the party was held in some far away place, would they have travelled to crash the party? Maybe if there was free alcohol.