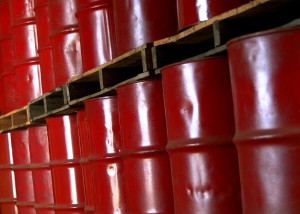 Since moving from British Petroleum to Beyond Petroleum, the BP brand has grown in strength and recognition. Until a few months ago, most people in the energy sector recognised that BP was a major investor in new green technologies and that it was a company with as much invested in the future of energy as it did in developing new petroleum based options.

All that changed on April 20th when a platform they were leasing exploded and started leaking oil into the Gulf of Mexico. It has been a subject of contention the amount of actual control BP has over the safety precautions on the rig, as BP were leasing the rig from Deepwater Horizon and had contracted a third party to run the operation.

Since April 20th, marketing executives have speculated on the amount of damage this incident has done to the BP brand. BP and Deepwater Horizon have already moved to control communications by releasing more information of their online and detailing their exact position thoroughly. However some commentators aresaying that they are not working hard enough to pacify the masses.

Any efforts they have taken have done little to slow the flow of harsh critisism and their “Brand Positivity” appears to have fallen lower than embattled Toyota’s. As BP is the fourth largest company in the world and the third largest oil company, BP has operations both at a transnational level and at a local, retail, level, there is no doubt that the oil spill will have damaged its reputation. BP’s LSE share price has already fallen 18% in the last two weeks, wiping nearly $19 Billion off the market value of the company.

Long term the incident will have undone some of the “Greenwashing” BP carried out since 2001. Long term, however, it is hard to see if the incident will have significant damage the bottom line and the brand value. As far as financial losses go, BP will only be liable up to a small value, $75 million, compared to the total value of the damage doen to the environment and local economy.

As far as brand damage goes, it does not look like there will be any long term major blows taken. Based on past incidents, oil companies never seem to suffer long. Exxon Mobil were part of one of the world’s largest oil spills, and despite still having claims made against them, they are still, almost 20 years later, one of the world’s top three oil companies.