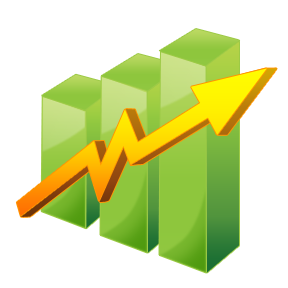 We have been tracking the cost of advertising using Google Adwords for well over a year now. Using a basket of keywords that range from “Plumbing” to “Business Supplies”, we have been looking at the average CPC and the competition for over 90 different keywords. Comparing the costs to advertise on Google for those keywords gives us an idea of two things. We take the data from Google’s keyword tool, which shows the estimated average cost per click in dollars and the competition for those keywords in %.

We still think that Google Adwords is THE most effective advertising method when done right. However, understanding how the costs work, and what fluctuations there are is an important part of being and Adwords manager.

Here is the full data.

Apologies for the quality of the data on two counts. One the tables are all over the place. The data is all there, but it is just not formatted very well. Second, we did have data for every quarter, but that was all lost two months ago, so we had to go back to a quarter that had data missing.

Most Keywords are Less Expensive

For Australia, the most notable changes in keyword costing over the last year has been to mobile phone keywords. When we started this experiment “3 Mobile Phones” and “3g Mobile Phones” were some of the most expensive keywords to buy. As people are now searching for “smartphones” and other keywords associated with the new iPhones and Android Phones, the competition has dropped, and so has the advertising cost.

Across the board, generic keywords like “money”, “flowers”, “trucking” and “lawyers” have become significantly less expensive over the last year. 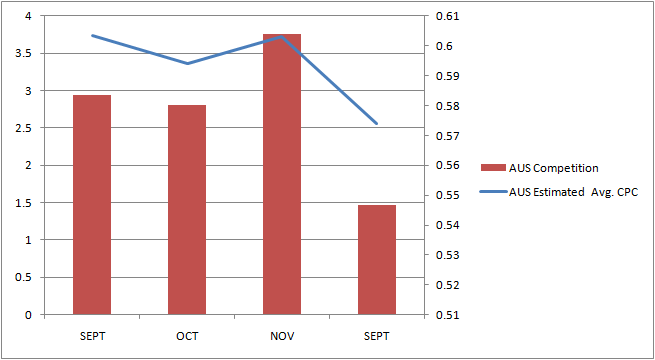 Adwords in the US Costs More

Our Methodology is not Perfect

The data is not perfect by any stretch. We have seen the data change from quarter to quarter retrospectively. Because we are relying on Google to provide the data, we expect all types of shenanigans. We know that Google adjust all sorts of data by the IP address of the user, so it could just be that it is expensive to advertise to the US for Australian IP owners. However, the data is generally good and it is the best we can rely on. The one other minor thing that clouds our data a little is that words associated with mobile phones make up about a 10th of the data. This is mainly because when we started the experiment, a large portion of all searches online, and all keywrods targeted were associated with mobile phones.

The Winners and Losers?

The top 5 increases in advertising cost went to;

The top 5 decreases in CPC went to