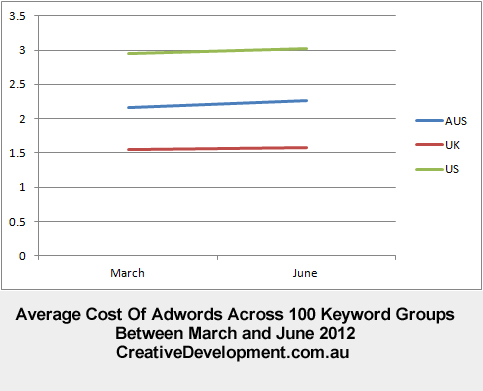 Every few months we look at the relative average cost of adwords for a range of over 100 keyword groups in the three major markets of the UK, the US and Australia. This month’s statistics can be found here. This month we updated our keywords to reflect broader changes in the market, which is why the graph above only shows the last two quarters. When we started this analysis, keywords like 3g mobile phone were commonly searched, and that was reflected in our data. Now that keyword has very few searches each month, so we had to updated the data.

You can see from the graph above that over the last three months, the average CPC has remained the same. We have covered these changes several times in the past . The cost of advertising relative to competition, however, has fallen slightly. 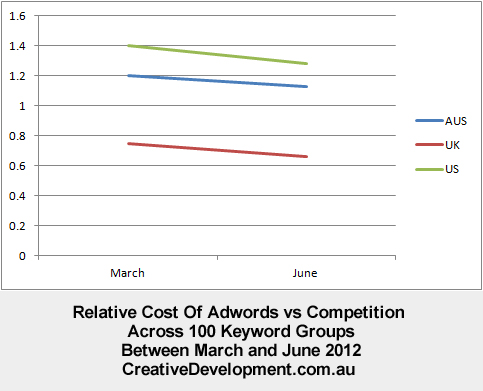 This means that there has been an increase in competition across the three markets that is proportionally greater than the change in the cost of advertising. There are a few explanations for this;

Obviously there are possible flaws in our data, and our assumptions, but the general idea should remain solid.