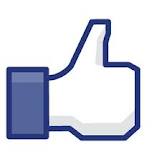 Limited Run, a startup that makes a software platform for musicians and labels says it has reached the final straw with its experience as a small business advertising on Facebook. The core issue is that they say they have discovered 80 percent of the clicks it is receiving on Facebook appear to be coming from bots.

A couple months ago, they were preparing to launch the new Limited Run, they started to experiment with Facebook ads. They found that about 80% of the clicks that Facebook claimed the ads had produced failed to appear on their own analytics. They claim that through their own experience only about 1-2% of people coming to us have JavaScript disabled, not 80% like these clicks coming from Facebook

Limited Run is making it clear that they don’t allege Facebook is at all behind the bots.

A Facebook spokesperson emailed the following statement to tech crunch: “We’re currently investigating their claims. For their issue with the Page name change, there seems to be some sort of miscommunication. We do not charge Pages to have their names changed. Our team is reaching out about this now.”

Other Facebook advertising users have come across the same problems. One user said that after A vs. B vs. C testing, and spending over $1000, the results were shocking. $0 return on $1000 spend. Another Facebook advertiser said that they suspending the campaign after just a few days when the expenses ran up into the hundreds of dollars per day. Even after displaying a blank page to users without javascript, they still served up tens of thousands of white pages.

Some users have complained that, although they would get a lot of “likes” they thought it was weird that the new fans would never, EVER interact with the pages. Most of the new likes appear to be Bots/hijacked accounts/fake accounts with NO friends. The new likes would never message back about anything ever, and rarely interacted once they had liked the page.

Anyone familiar with Facebook knows that these bots could easily come from other marketing agencies looking to create fake likes for a brand. Also, if you are advertising, there are ways to restrict the advertising so it only goes out to people you know, or people who fit a very specific demographic.

However the transparency still isn’t there, and when compared to other PPC advertising platforms like Adwords, Facebook really starts to fall down.