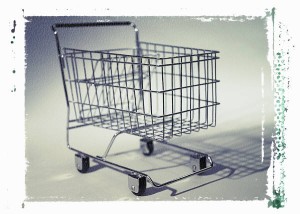 There are many open source ecommerce systems available to web developers and designers. Some have great support, whilst others are meant to stand alone. As part of our launch of the new Baby and Home store, we decided to take a look at a group of ecommerce systems from the perspective of a small to medium sized store, with 20 products. Our store is looking to do some newsletters, small amounts of marketing and will need some SEO facilities. This case study store will have to stand on its own, without the need for tinkering, however the administrator will be capable of making small changes to the product catalogue.

osCommerce and Zen Cart were one and the same thing. However recently Zen Cart split off and now does its own thing. Although the code is similar there are a few very important differences, namely that Zen Cart has its own template system built it, a feature frustatingly lacking from osCommerce. osCommerce is one of the older ecommerce systems available, and it is starting to show. The system is easy enough to install, and if you want to have just a very basic shop that processes payment via email or paypal, then this is probably ok. For the hardcore systems admin, this system will probably cover most bases, however it is seriously lacking in any niceties, which will put off all but those with the strongest stomach.

If osCommerce is an old sea dog, then Magento is speed boat racer. It is slick, good looking and improving every day. It is very easy to install, but has only been around for a few years. The good side to that is it looks modern and has a lot of the functions we expect as standard. It claims to be the fastest growing eCommerce system available. The downside is that it is still working through some issues. When we looked into it again 6 months ago, there was a MIGs gateway, but it needed tweaking.

WordPress has started to become all things to all people, which is a good thing and a bad thing. The once humble blogging systems has been tweaking and hacked apart and now can pretty much be  used as anything. The problems start when people try to turn it into something that it probably isnt.

As far as basic eCommerce goes, using the WP-eCommerce system is easy. Using WordPress’ native coding and templating makes it by far the easiest option for someone to set up a small store. If you have a few products and are happy to sell through PayPal or through another payment gateway like that, then you are fine. However the system does not naturally support a lot of gateways and does not have support for multiple currencies. Also, as far as we know, it does not support membership and sign up, so you can’t tell if people are abandoning carts etc.

There are more opensource shopping carts out there, and over time we will probably assess them too. For now, however, the three/four above are probably the best for most situations, and are well worth taking a look at.

Of course if you have your own experiences with eCommerce, you are welcome to share them here.