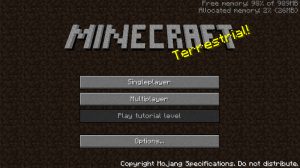 If you are not a gamer, then you may have not heard of Minecraft. Minecraft is a sandbox game which allows players to build constructions out of textured cubes in a 3D world. It has little to no plot, graphics that are 10 years old at least, and players are left to figure out what is going on by themselves. In most instances, you die very quickly before you work out what is happening.

The developer of Minecraft, Markus Persson A.K.A. Notch, began programming computers at the age of seven, which means he probably falls into the 10,000 hours category of skill. Minecraft development started on May 10, 2009, soon after Persson had quit his job as a game developer for King.com. The game was first released to the public on May 17, 2009. That is a seven day turn around! And, as is the way with modern information, we can almost see the game evolving with the videos he posted online, complete with comments 3 days in like “if I ever finish this thing”.

Although at first Notch maintained a day job with Jalbum.net, he later moved to working part time and has since quit to work on Minecraft full time as sales of the alpha version of the game have expanded.It is currently in development by Markus Persson, aka “Notch”. Minecraft was developed for about a week before its public release on May 16, 2009 on the TIGSource forums, an independant gaming forum, where it gained a considerable level of popularity.

Now Minecraft sells about 10,000 copies per day, at $10 a copy. On the 22nd of September, the game sold over 25,000 copies. And this is while the game is still in “Beta”. It may not reach the heady heights of Halo, at 8 million copies, but it will certainly be one of the most profitable games ever made.

Minecraft almost certainly turns on its head the mainstream concepts of what makes a good game. A look at the most recent releases show the emphasis of major studios is on innovative controls and better looking environments. The major studios, such as EA and UbiSoft, have also shown their other concern is piracy, using DRM and Steam as the main methods of control. Minecraft, however, has none of these hangups, its graphics are deliberately low grade, and it has few controls over piracy.

Minecraft developers did not spent on advertising like other games have. Mafia II, the widely disregarded game launched this year, spent millions on advertising for its launch. Although the game made it into the top 50 for sales this year, it is expected that it might not break even. Take Two has notoriously long development cycles, making it harder to make money. Minecraft was developed in a week and relied on word of mouth to make it a success. Without turning this into a game review, Minecraft basically does one thing very well, with a few options, and leaves it up to the player to decide how to use them.

It is further proof, if you ever needed it, that Seth Godin was right about the publishing world being for the brave now. Creating content has been turned on its head. You don’t need big publishers, agents and distribution companies. If you know your topic, you can build content and your audience as you go.