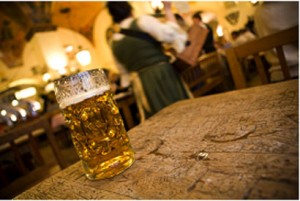 Late last week Fosters signalled its brewery division was up for sale. After pursuing a mixed business model of wine and beer, brewing and marketing, they have decided to cut losses and focus on core business.

Over the last few years beer consumption in Australia and worldwide has declined, and it is now at a 60-year low. A combination of changing fashion and an increased focus on “healthy” drinking has led to a loss of taste for the grain.

As with most business mis-steps, Fosters walked itself into a perfect storm. Wine oversupply in the US market in 2004 after a series of record harvests, underscored the dangers of a business at the mercy of environmental factors. This, combined with red wine becoming healthy, meant that Fosters had to fight harder for their share of the pie.

However in the last 20 years, aside from the odd attempt at attracting more female drinkers, beer has scarcely changed its tactics. In 2000, of the 40 fastest growing brands that year, two were beer brands, and light beers at that. Clever advertising aside, most beer producers have stuck with tired old stereotypes and appealed to the lads and their man-egos. A small side-affect, or benefit, of this problem has been that the fierce brand loyalty most beer drinkers

have. I don’t think there is a person on this planet that has not heard someone say, “that was a funny ad, but their beer tastes like cat piss”.

I would say most of these problems have been caused by a complete lack of bold or clever marketing, especially when compared to other alcoholic and non-alcoholic beverages. You don’t have to look far in the alcoholic industry to see examples of clever marketing that has caused a growth in a brand. 42 Below promoted itself as an alternative to grey goose, at the time the industry leader. From 2005 to 2006, 42 below went from $12.5 million in sales to just over $16million. Absolut Vodka, another cunning marketer, grew by 7% last year.

In the non-alcoholic beverage industry, you only have to look at the growth of brands like Red Bull and Fiji water to see that you can innovate where there are already strong players.

Beer brands have become victims of their own success. The top five beer brands in the US make up almost 40% of the market. Their need and desire to innovate in their marketing has been reduced.

In the long term, brewers are going to have to change the way they market and promote their services, otherwise they risk a continued slide in market share.

Creative Development is a marketing and web design agency based in Sydney. We create marketing campaigns that sell.